Just because you think you’ve found the special magic that will change the world doesn’t mean your journey is over.

Selling a disrupting concept to the world requires a strategic pitch. The story you tell – the journey you take your audience on – has to leave them with hope that the best is yet to come. You’ve solved a problem they may not even realize they have, and that their life will be better because of your idea.

Here, in Silicon Valley, disruption is a glorified term; everybody wants to be a disruptor.  But we forget that, as the messenger of innovation and disruption, you are communicating a, sometimes not so subtle, “f*ck you” to the world.

You’re basically telling the world – your audience – that they’re wrong, they’re stupid. That’s what you’re telling them. You’re saying, “No. The way we’re doing things is not working and it’s bad… but don’t worry, I’ve got the answer.” Then we wonder why people don’t love us and embrace on us as we needed, hoped or expected them to.

This is the shadow of innovation and disruption. Remember, in order to become an innovator, at some point you had to leave your place of comfort, your home, your culture of origin. You woke up one day and thought, “Wait a second, this doesn’t make sense. I’m not going to live under this story, this environment. I’m not going to accept things the way they are. I don’t know what the answer is, all I know is it’s not this.”

But in order to step out of the dominant, existing story you have to leave ‘the village’. So you go out into the wilderness and get lost in the desert; there’s trials and tribulations, it’s like an initiation. Eventually, it’s a classic Hero’s Journey – with all the things that come with that.  But, people don’t pay enough attention to the second half of the Hero’s Journey, which is: after your trials and tribulations, after you’ve found your mentors, after you’ve slain the dragon and you’re standing on top of the mountain communing with the gods…

There’s the other half of the story. Called the Long Walk Home.

You’re making your way from the top of the mountain, down into the valley where the river flows and you’re thinking, “Oh man, I can’t wait till people get a taste of this! It’s going to be a hero’s welcome return! People are going to love me; I’m going to save the world! I’m going to make a difference; I’ve got the answer!” And you come running down the mountain with missionary zeal, beating your drum, expecting a ticker tape parade; but, you know what, there’s nobody there to greet you.

Or if they are, they’re saying, “Where the f*ck have you been?”

So you start to tell them, “Oh! You know, there’s this amazing thing I’ve just discovered. Look at this…” and they just look at you in disbelief. As if you’re talking in gibberish.

This is a fundamental place of struggle: how do you bottle the magic so that others can drink from the well?

And let me tell you, if there’s one thing that you don’t want to do when you come back down from the mountain, it’s to talk to your audience in a way that makes them feel wrong and stupid. And yet, 98% of the time, when leaders talk about innovation, when entrepreneurs introduce disruption, when a company has a new strategic vision or direction, that’s how they communicate it.

It’s often unintentional but, if you look at the narrative structure of what and how you’re communicating, it’s easy to be telling people, “You’re wrong and stupid; but don’t worry I have the answer. I’m going to make it better now.”

The simple answer to this – you need to give people faith in the future. More than anything, that’s what people are looking for from leaders. They want to know, at the end of the day, that, there’s a better future ahead. And in a way that is a manifest destiny, the unfolding of what we’ve always been doing.

It’s not a rejection of the past; it’s the natural unfolding of who we’ve always been. The power of story is that you always have the power to reinterpret past experiences from a new vantage point. This is one of the most important skills that leaders and entrepreneurs have to learn in terms of this language of storytelling. Because we’re constantly having to shift, to change, to adapt, to pivot, to reinvent; when the world changes, you have to change your story. Equally, when you change, you have to change your story to reflect your new world. Each time you go through change, you have to recalibrate the story for better coherence; retell and reinterpret the story, from a new vantage point, in a way that serves the new future. 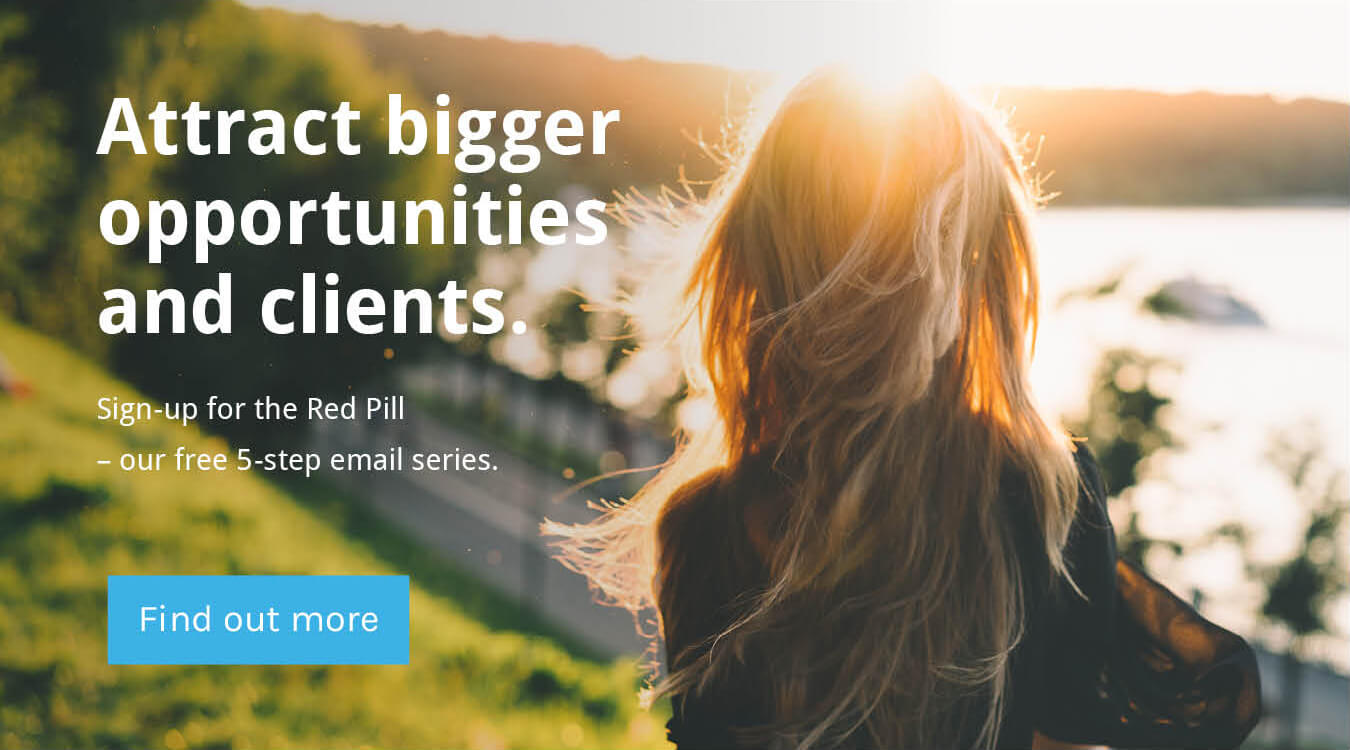