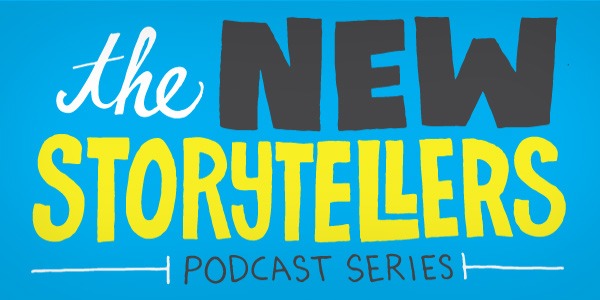 [podcast]https://www.storiedinc.com/wp-content/uploads/2010/05/TheNewStorytellers_PaulCostello.mp3[/podcast]
The recording from today’s show is now available. Click the player above to listen now, or download as an itunes podcast.

Guest: Paul Costello, director of New Story Leadership for the Middle East and founder of the Center for Narrative Studies.

Sign up to receive the dial-in info, and take part in the live interactive interview podcast on Tuesday, May 11 at 1pm NYC time.

Theme for This Episode

I’m thrilled to be interviewing my guest Paul Costello, founder of the Center for Narrative Studies and director of New Story Leadership for the Middle East. Paul is one of my earliest mentors in the field. We’ll be discussing a new theology for storytelling in this modern world. Exploring the re-defining boundaries of narrative across time and space, and culture. Paul is quite the rambunctious sage who’s taught me a lot about the power of stories of place, and how we all locate ourselves inside a story whether we’re aware of it or not. You don’t want to miss this interview! WQY395FVQT9T

Paul Costello is currently engaged in the most challenging narrative project of his life. He is taking his 30 plus years of experience in creating and developing narrative methods of creating community, dealing with change and conflict, etc and applying them to the most intractable conflict zone of the world, the Middle East.

Having worked with peace programs that he built for the new leadership generation of Northern Ireland and South Africa, he and his colleagues have spent the last year harvesting the learning, and created New Story leadership Inc. We aren’t used to thinking of international conflict in terms of stories, but Paul’s analysis is that Israel and Palestine are locked inside a story system that both sustains and creates the conflict. Every time there is hope, such as the Camp David Accords or Oslo, or even the most recent proximity talks, there is a story virus that undermines the trust, a story virus that keeps energizing the old story leadership of wanting to right past wrongs, a system of dueling victim narratives where agency is totally absent, a drama triangle set up for the Victim, the Victimiser and the Rescuer.

This analysis guides the project of building a totally different kind of program, one that focuses on possibility rather than problems, one invested in the new voices that can tell a new story about the future. This year, NSL is gathering a team of this new generation of Israelis and Palestinians to come to Washington and help create New Story Leadership for the Middle East. Ultimately, Paul says, it is about narrative ethics. It is about ensuring that whenever the Middle East is talked about in Washington and decisions are made, that the people whose story it is are also at the table. 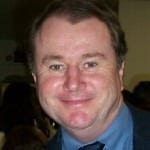 Paul is also the founder of the Center for Narrative Studies. Paul likes to take his passion for story out into the real world and before the Middle East project he was analysing the 2008 Presidential elections and wrote a book that played the story out in full – one that we are living today but which he was already mapping in October 2008 – its called The Presidential Plot: The Map, the Story, and the Conspiracy to elect a President.

Paul’s other passions are for rugby and poetry, for Washington’s monuments where he created the world’s first Obama Walking Tour, for non fiction, good music and good wine, and for the best stories of history that are little known. He is originally from Australia and draws much of his inspiration from the Australian aboriginal genius for mapping the land through stories and from Michael White, his late Australian colleague from Adelaide who invented Narrative Therapy.

Register: Sign up to receive the dial-in info, and take part in the live interactive interview on Tuesday, May  11 at 1pm NYC time.