Culture is a Creative Act 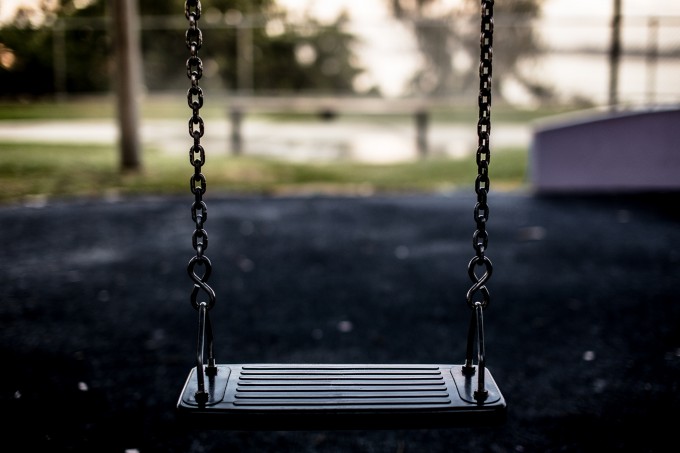 In my life, I’ve constantly bumped up against the edges of culture and I’ll find myself searching for a way to fit in. It’s the curse of the innovator, to be living a life at the edges.

More and more, I think that we’re all searching for home, for our community, for people who understand us.

Maybe it’s in my genes to stay alert to my surroundings and learn the hidden stories around the places we grow up.

I think about this a lot. I’m a descendant of Jewish immigrants — and the stories of my ancestors and of this culture involves a similar storyline. Imagine being a Jewish immigrant fleeing the darkness of Eastern Europe, only to end up on the frontier of Rhodesia (Zimbabwe), the far reaches of the British Empire. This is where half my family lived for almost a 100 years. They worked their way from a small trading post in the bush of Africa to a building a factory and a brand (Olivine Industries) that employed thousands.

The other half of my family (also Eastern European Jews) landed in upstate New York. While a bit less exotic, they too worked their butts off, finding their way in American life. My grandfather Arkie was a canned soup salesman and master storyteller. If someone ever had an issue with his religious faith, he’d tell a joke and walk right out. He wasn’t one to compromise who he was just to close a sale. He ended up so successful that he retired early and moved to Florida, where he still tells some epic stories today. Just a few weeks ago, we celebrated his 75th wedding anniversary with my grandmother Myrtle.

STILL RECONCILING THE STORY OF MY IDENTITY

All of this was the culture I grew up in. And this all rubbed off on me. From the work ethic, to the discomfort of being a perpetual outsider, to the desire to storytell my way out of uncomfortable situations. Growing up as an ex-pat kid in Switzerland. Desperately failing to fit in as a teenager in Los Angeles.

It’s no wonder I became an anthropologist, searching for answers. I’ve since been blessed to observe infinite cultures in infinite contexts, working across 4 continents and 42 countries. From technologists, social activists and healthcare execs, to entrepreneurs, healers, scientists, and so many more. This past decade we’ve talked to people from NASA to Zappos to Greenpeace to Marriott to Bloomberg.

And throughout it all, time and time again we’ve witnessed how every culture is its own unique creation.

We’ve been writing a lot lately about the humanization of business and the democratization of storytelling — both of which are huge game-changing trends for business, for innovation, and for culture. The third trend I want to share with you today is the idea of culture as a creative act:

We can consciously shape and affect the culture around us through the stories we tell.

I’ve learned first-hand: we are all constantly inventing culture.

WHAT DOES “CULTURE CREATION” MEAN?

It’s not just organizations that get to define or create their culture. The 21st century has done more to redefine the boundaries of culture than any other time in human history.

Twitter has a user culture of RTs and #FF, whereas Facebook has its own culture of Throwback Thursdays and epic lists of congratulations. A newlywed couple creates their own culture in their newly shared home. Restaurants each have their own culture. TV shows have a culture. The post office has a culture. And every brand, business, and organization has a culture. From rules and norms to unspoken behaviors. The boundaries of what is real, what is possible, and what is acceptable are defined in the culture.

WHAT CULTURE ARE YOUR STORIES CREATING?

Across all of these cultures and experiences, it became apparent that culture is a creative act:

From this vantage point, culture becomes a choice. Yes, we all inherit stories from our ancestors, yet we get to choose which of these stories we want to hold onto, which we want to reinterpret, and which we want to let go of.

Culture is never good or bad, culture just is.

“If culture isn’t deliberately designed, it will emerge by default.” – Rita King, Futurist

So without trying, without conscious effort, culture is created through the collection of stories that we are all consciously or unconsciously living. If everyone stays late at your company, even without an explicit policy, you have a certain culture that’s hard to break away from when new folks join in. “Everyone always stays late,” becomes the story norm.

Changing culture is not about sheer force of will. Entrepreneurs and businesses often think that through sheer force of will, we’re going to change reality. Change agents embed themselves in the stories of their culture. They hear them, discern them, record them. They can’t be ignorant or blind to the stories people are living within.

CULTURE USED TO MOVE AT THE SPEED OF GLACIERS, NOW IT MOVES AT 140 CHARACTERS.

We often forget, that we owe our lives to culture. Culture by definition is programmed for self-preservation. Biologically programmed to protect us from the tsunami and tiger that might destroy the village. The natural forces that must be tamed by our human ingenuity.

So when we say the “culture is broken” we’re are doing ourselves, and our ancestors a dis-service. We owe our lives to the culture. It’s just that the world around us, the environment outside the safety of our village, is changing faster than we have the time to adapt or evolve our culture. So we have to change the stories.

Stories are the DNA source code of culture

There’s an intimate link between culture and storytelling: as storytellers, you have the power to architect and shift the boundaries of culture.

When you shift your approach where you are more consciously making choices about your life or your work or your brand, the more conscious and intentional the culture can become. If you want to be a change-maker or a change-agent without becoming fluent in the language and narrative — without learning the source language of humanity — would be like trying to navigate the Star Trek Enterprise without a Star Map. You’re going to get lost.

Just as every story has a consciousness; so too does culture have a deeper consciousness that we can shape and influence. The more people believe the culture story as their story, the greater power that story has in the world (whether that story is true or not). Culture is made up of the stories we share in common. If you want to listen to a culture, you listen to the stories — and if you want to change the culture, change the stories.

What cultural stories are you living? How are you shaping the culture around you through the stories you tell?